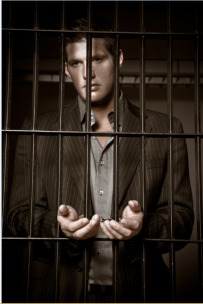 If you have been arrested, odds are you are not only confused about the process, but also concerned about what the consequences may be. Depending on the charge you face, these can be severe and have an impact on your life. However, it is important to know that certain charges have some defenses that can be used in order to prove your innocence. At MayesTelles, PLLC, our Phoenix criminal defense attorneys are determined to defend the rights of our clients when they have been wrongfully accused. Learn more about some possible defenses that you may have against your criminal charges.

In some instances when individuals are charged with assault, there may be various defenses. One of these is self-defense. Oftentimes, these types of cases involve a person who may have been attacked physically and retaliated. Self-defense may be warranted if a person feels physically threatened or as though their life is in danger.

When law enforcement officers arrest someone, they have to follow certain procedures. These may include reading the Miranda rights to the suspect, following search protocols, and having a reason to perform a stop. If the arresting officer does not follow the procedure set forth, this may be a viable defense against the charge.

In DUI stops, the officer may use a breathalyzer to check the blood alcohol content level of the driver. This shows whether or not the driver is above the legal limit, warranting a DUI charge. Unfortunately, these breathalyzers may not always be calibrated correctly and can show a number different than the actual BAC level. If this is the case in a DUI case, the charge may be dropped.

Far too often, individuals are charged despite being nowhere near the scene of the crime. This is often because they look similar to the suspect described. This could lead to a case of mistaken identity and an individual being arrested for something they didn’t do.

If you have been charged with a crime, contact us today to learn about your possible defenses.