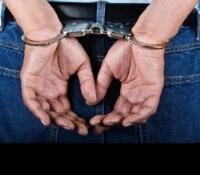 Mesa police arrested five men after undercover detectives posed as a 16-year-old girl and posted in the “escorts” section of backpage.com. The operation was called “Wild Fire” and the undercover officer posted offering sex acts for pay. The goal of the operation was to catch individuals who are soliciting minors for sex.

The five men were released after the arrest and they are expected to appear in front of a judge on May 19.

The Mesa police state that the men were informed on numerous occasions that they would be paying money to have sex with a 16-year-old girl both before and after they arrived at the hotel where the sting took place.

The last man was arrested on suspicion of prostitution. According to police, he attempted to cancel the deal, stating that the girl was “too young.”

Mesa police also reported that three of the men agreed to pay upwards of $100 for sex acts.

Many people are not aware that you can be arrested and charged with prostitution even if you do not engage in a sex act. Just the act of making an agreement for sex in exchange for money may result in charges. The law in Arizona provides that if you knew or should have known that the purported prostitute was underage, you can be charged with child prostitution. A conviction for child prostitution carries serious punishment including a mandatory lengthy prison sentence.